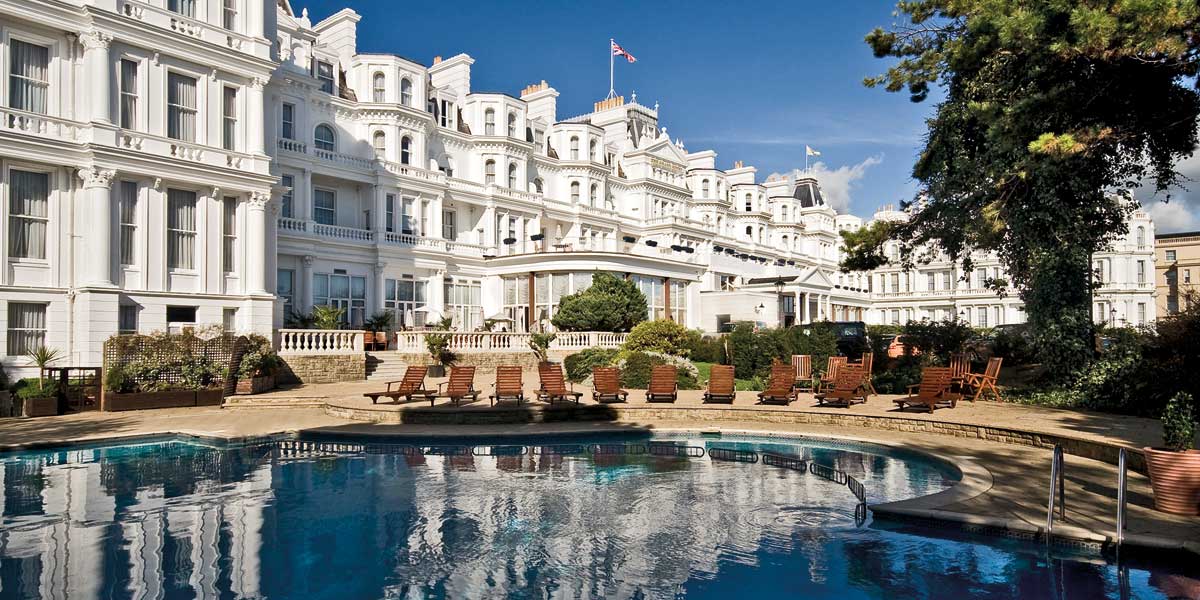 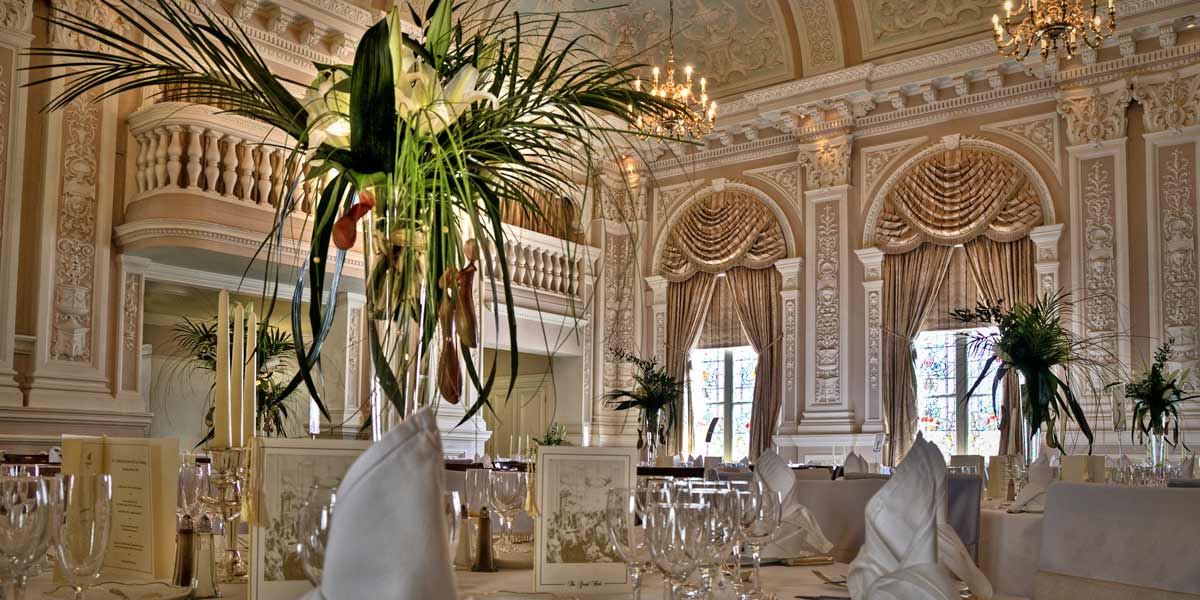 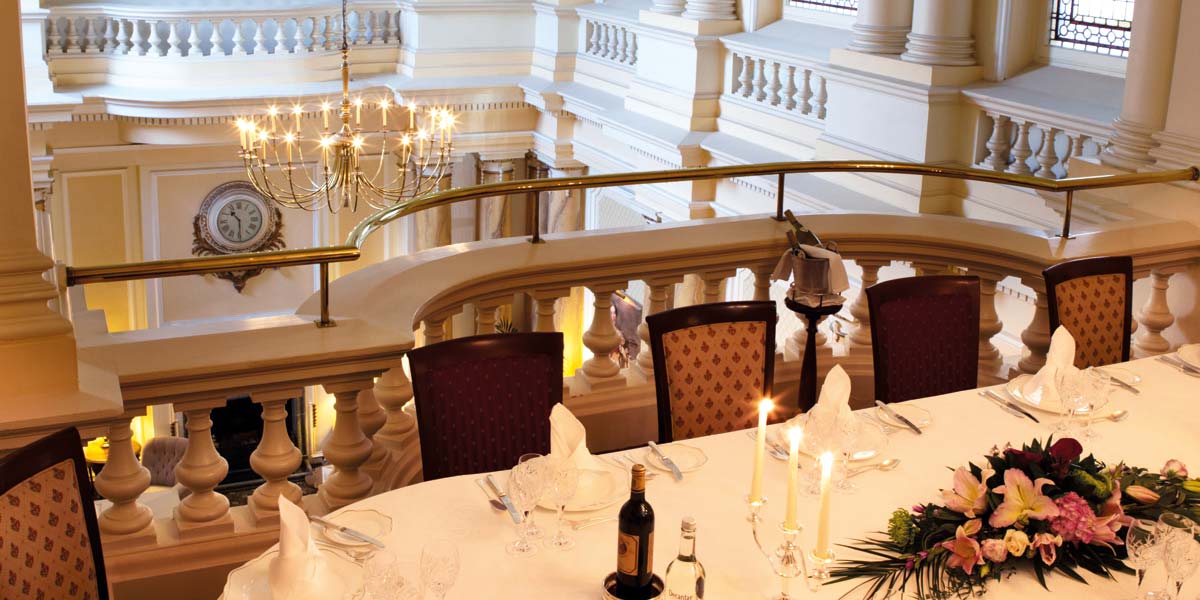 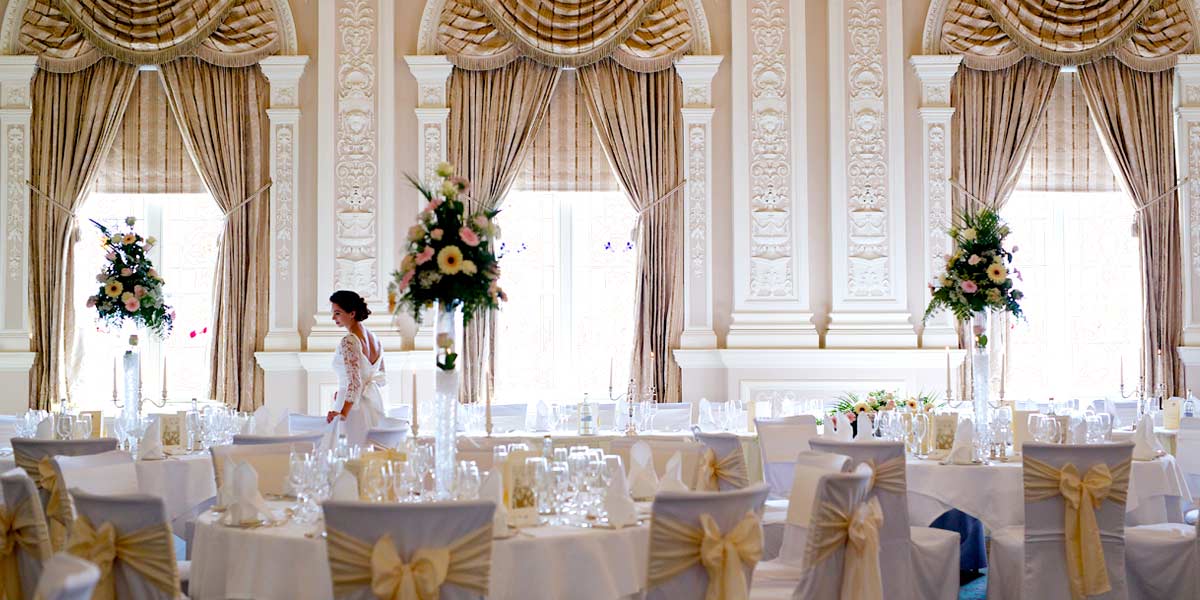 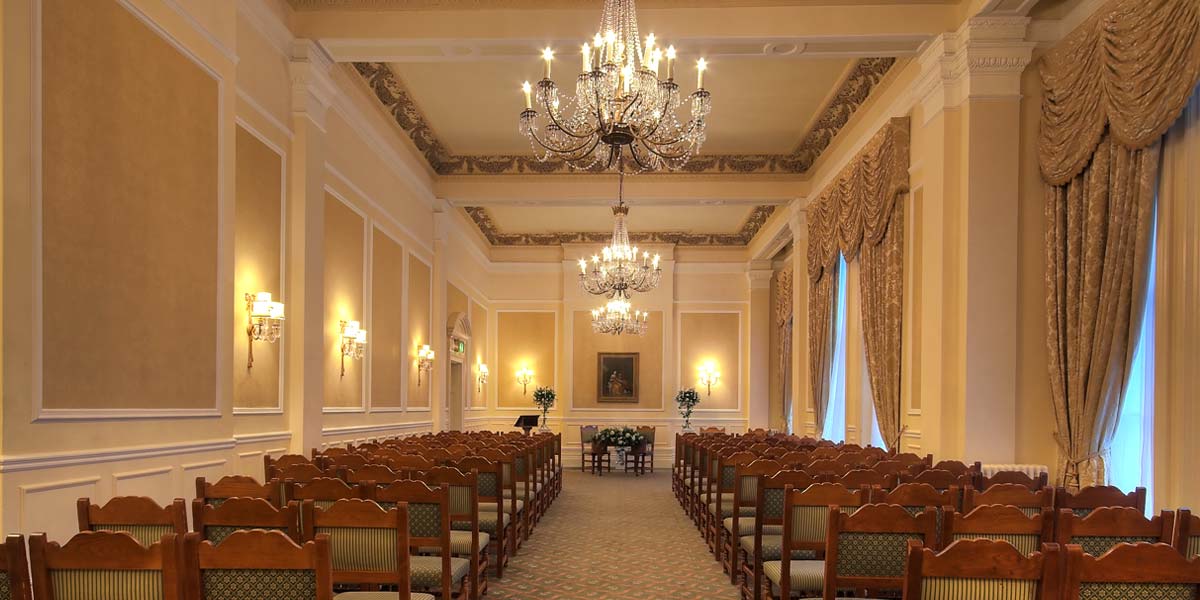 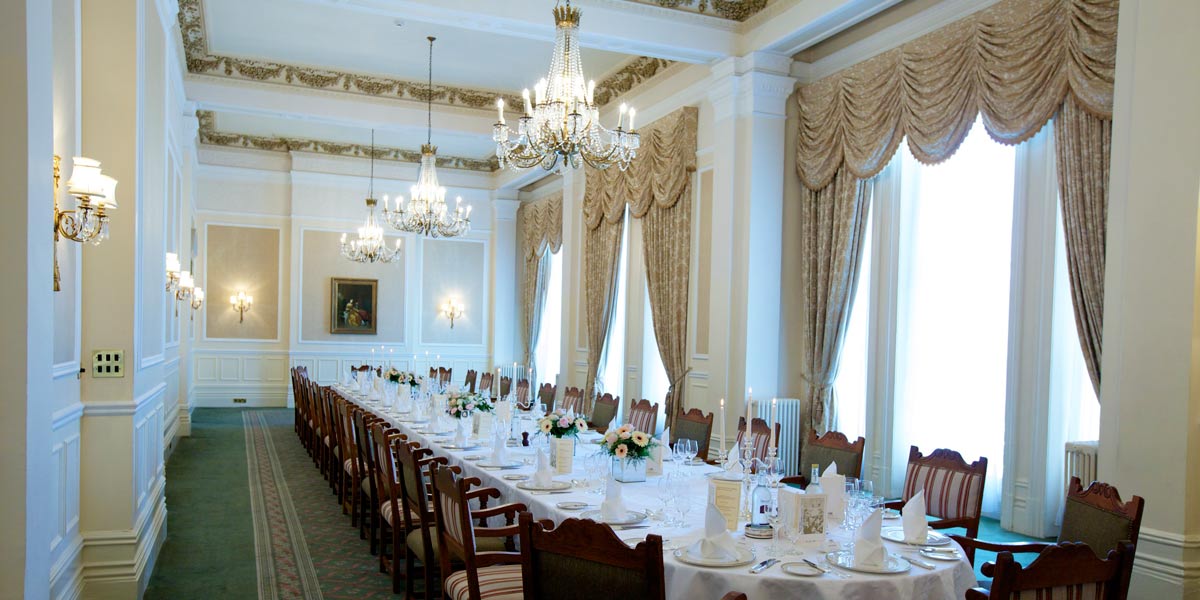 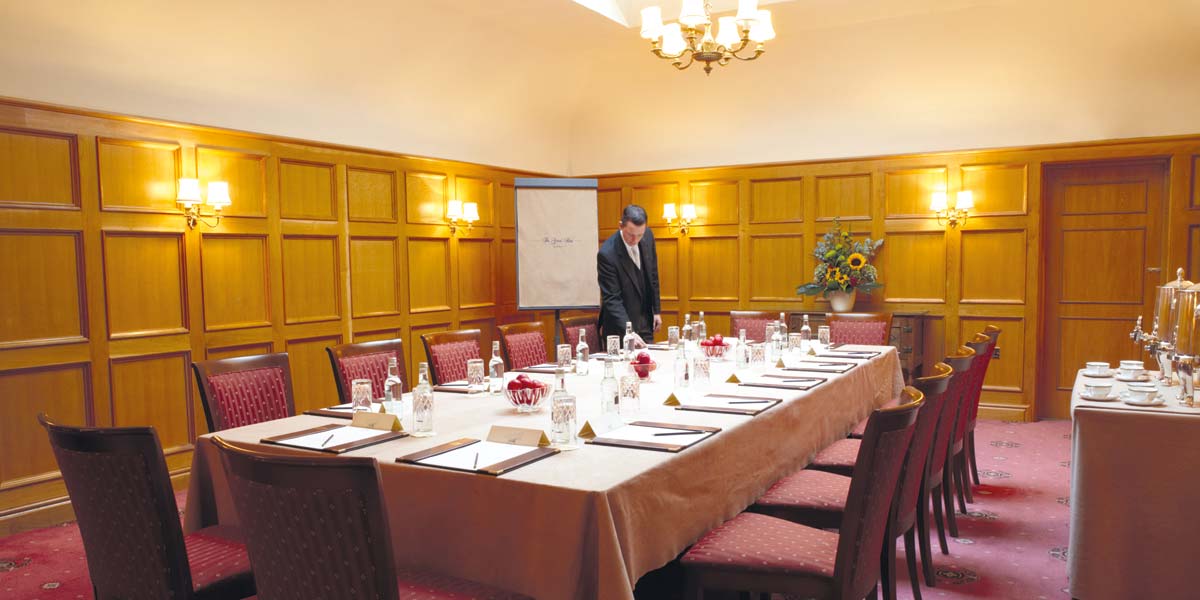 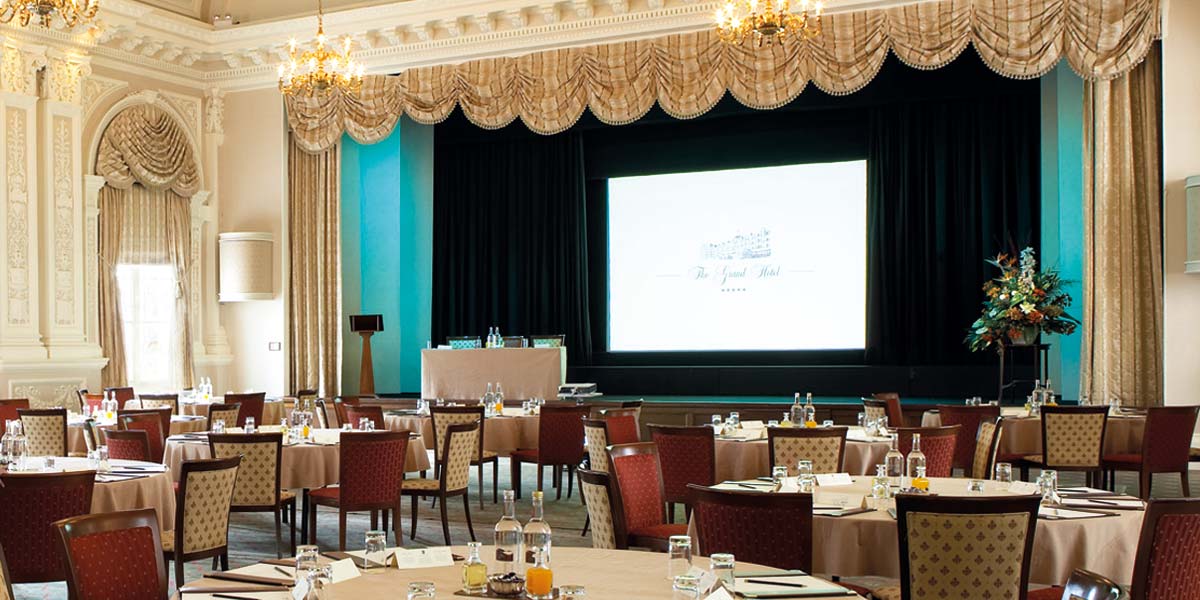 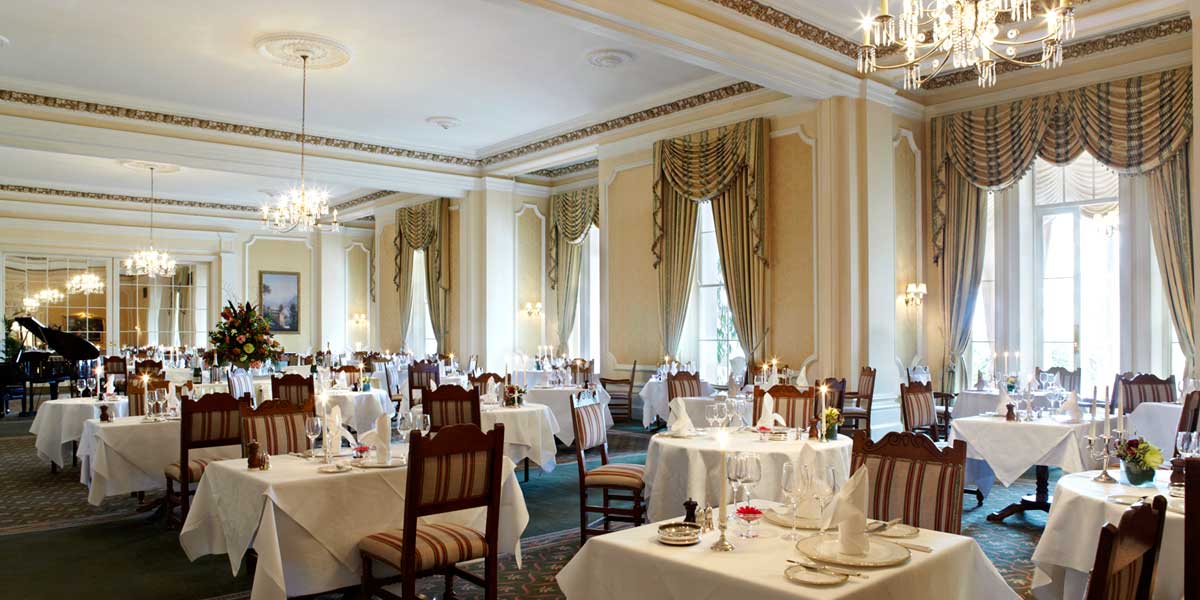 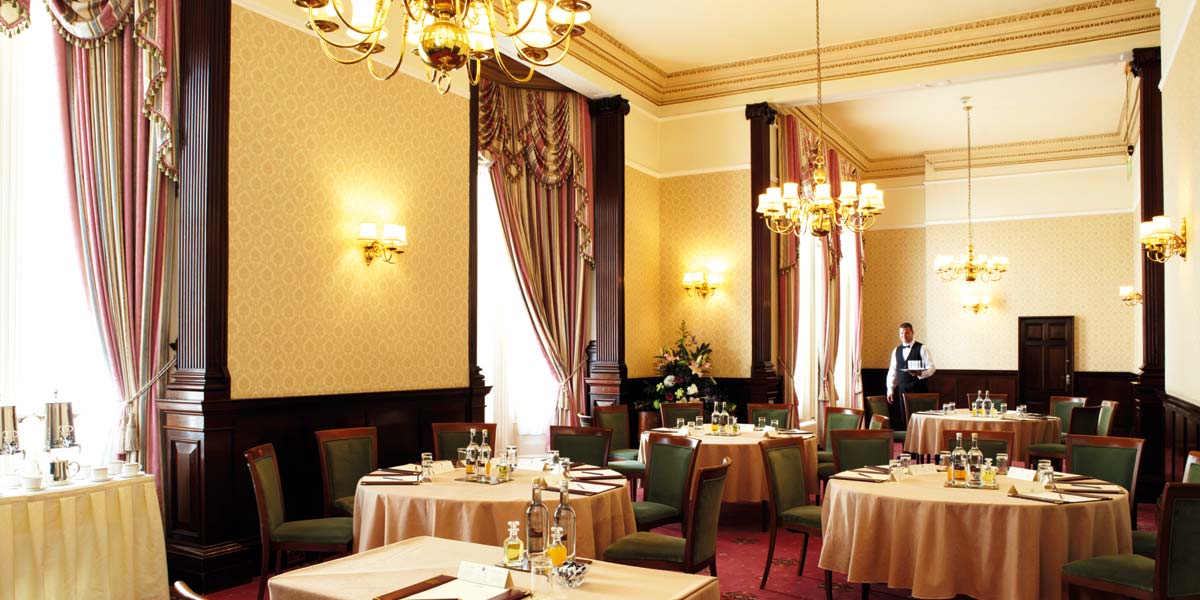 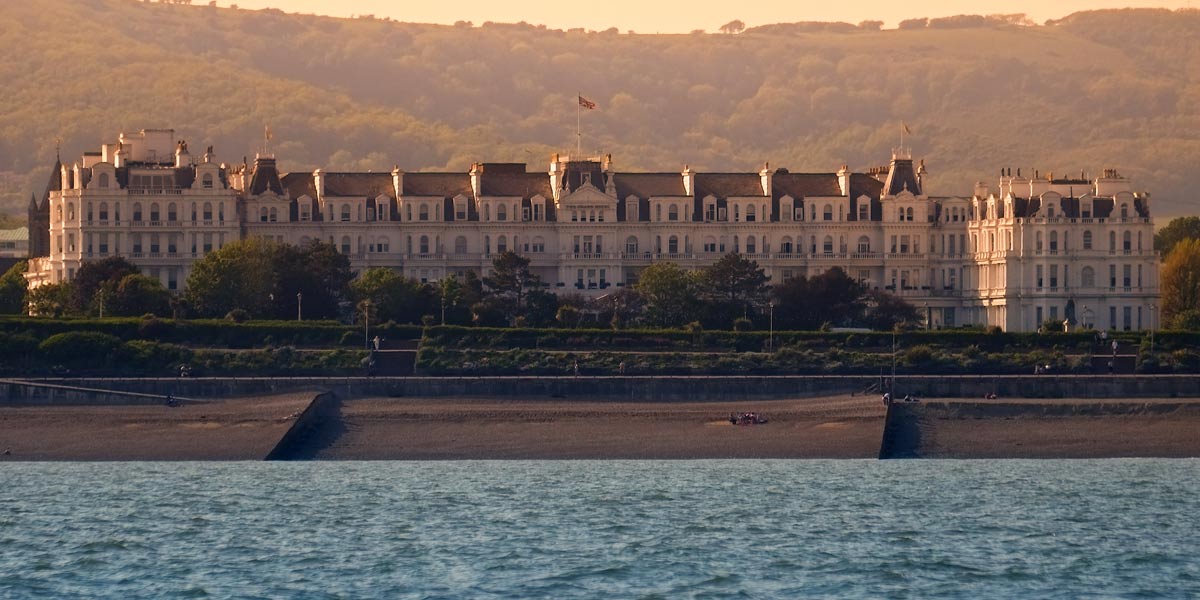 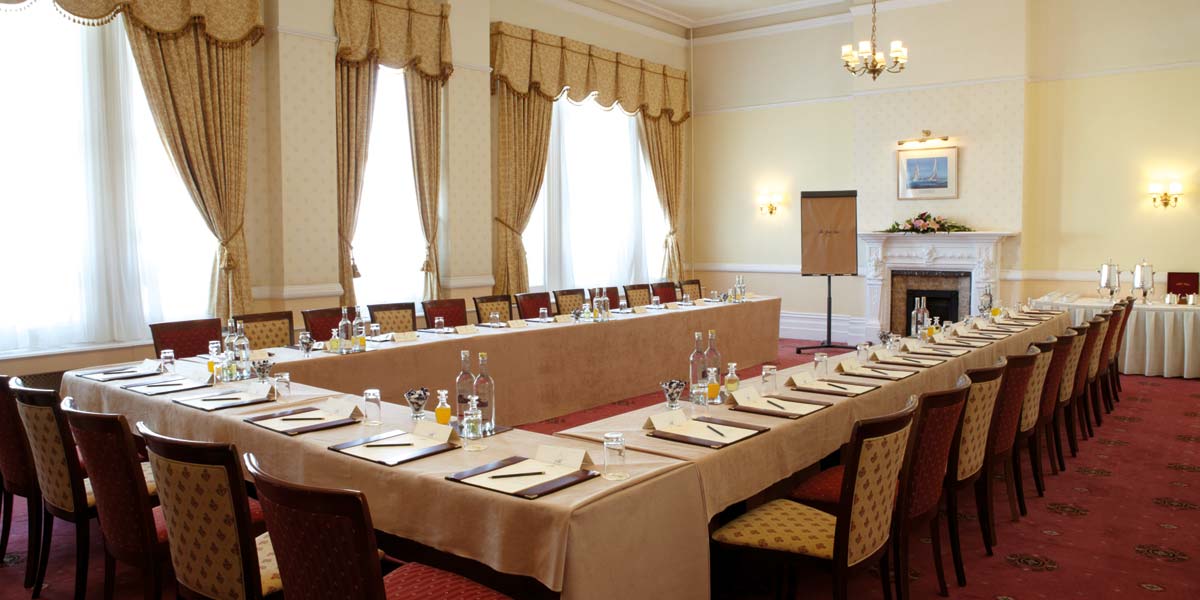 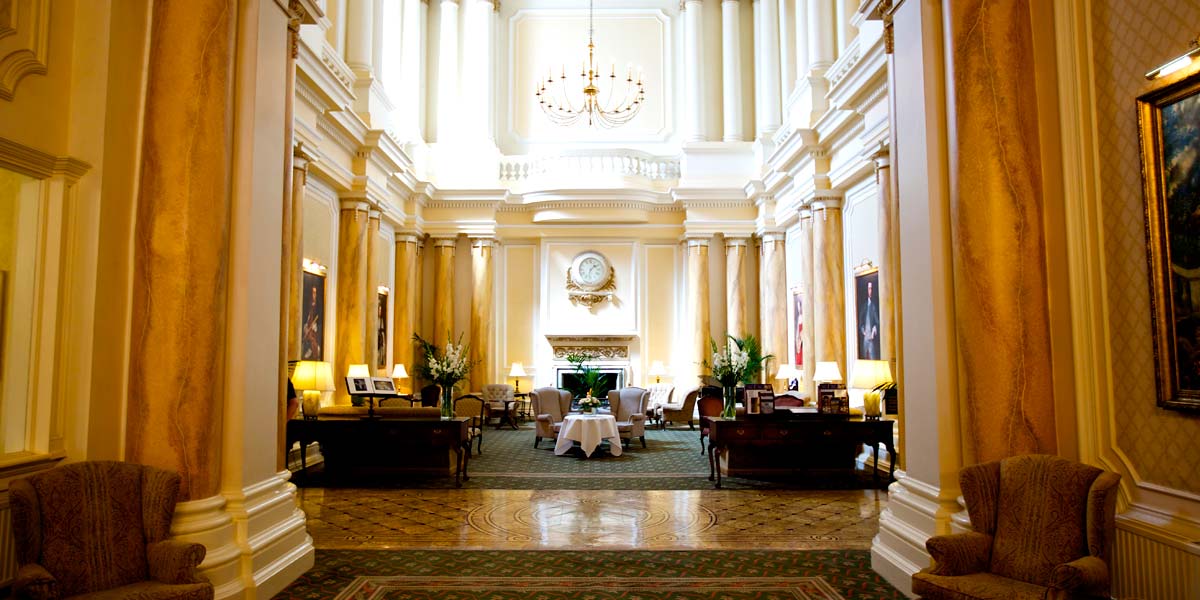 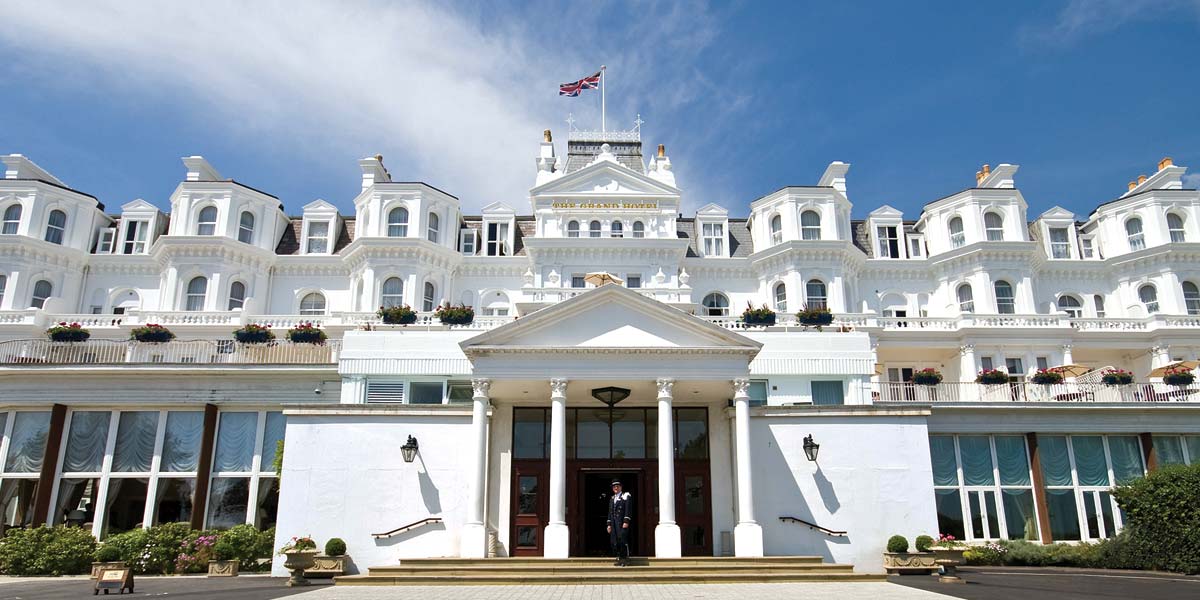 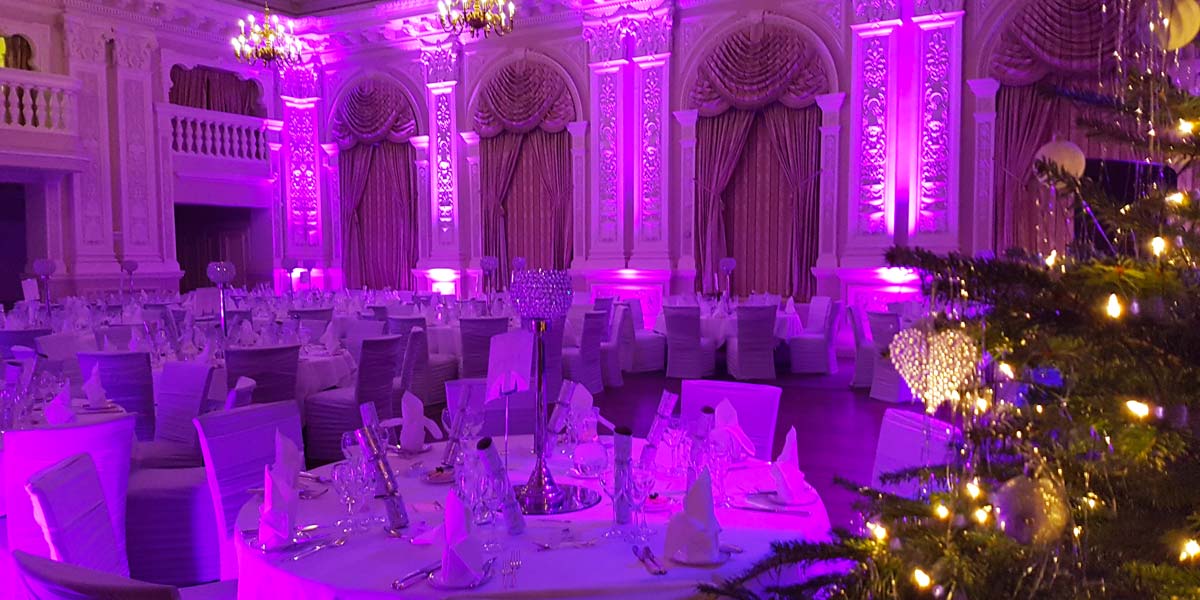 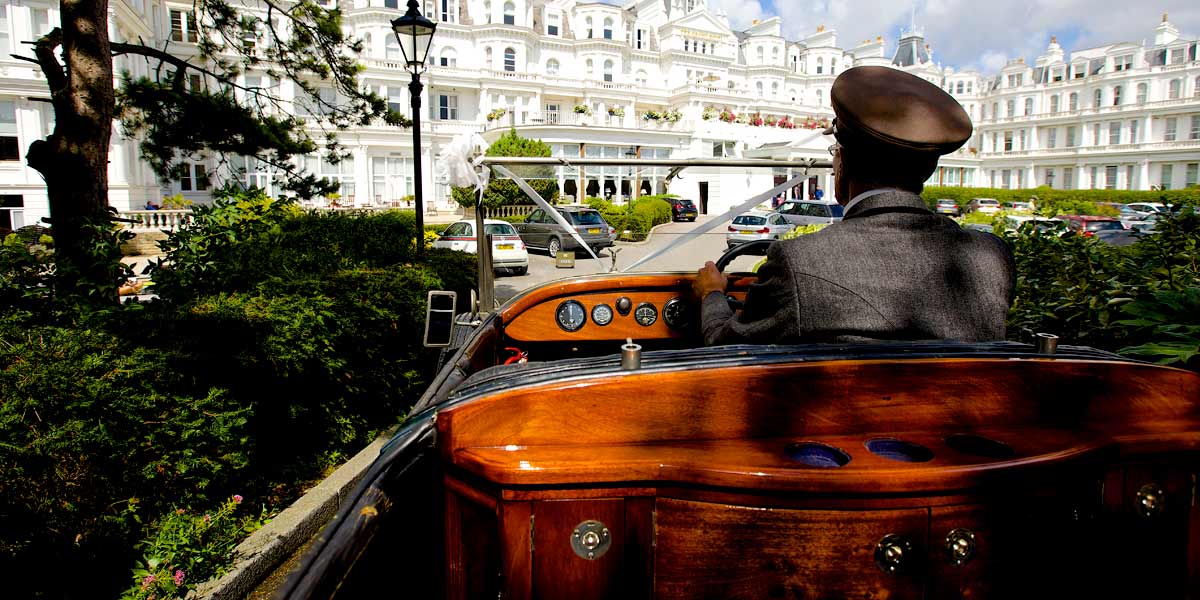 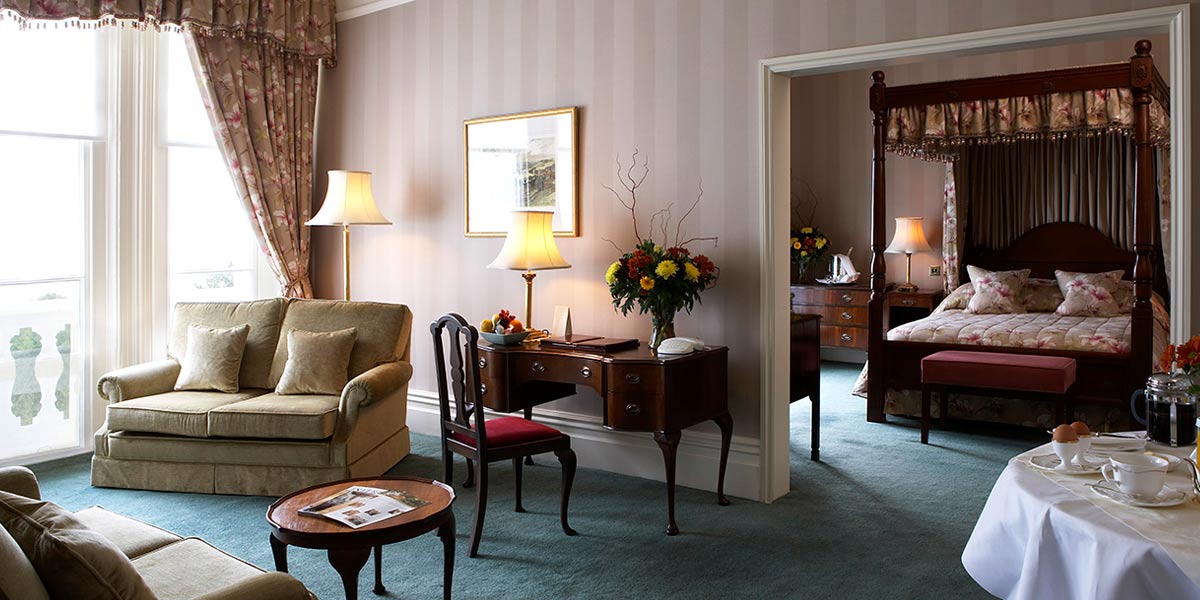 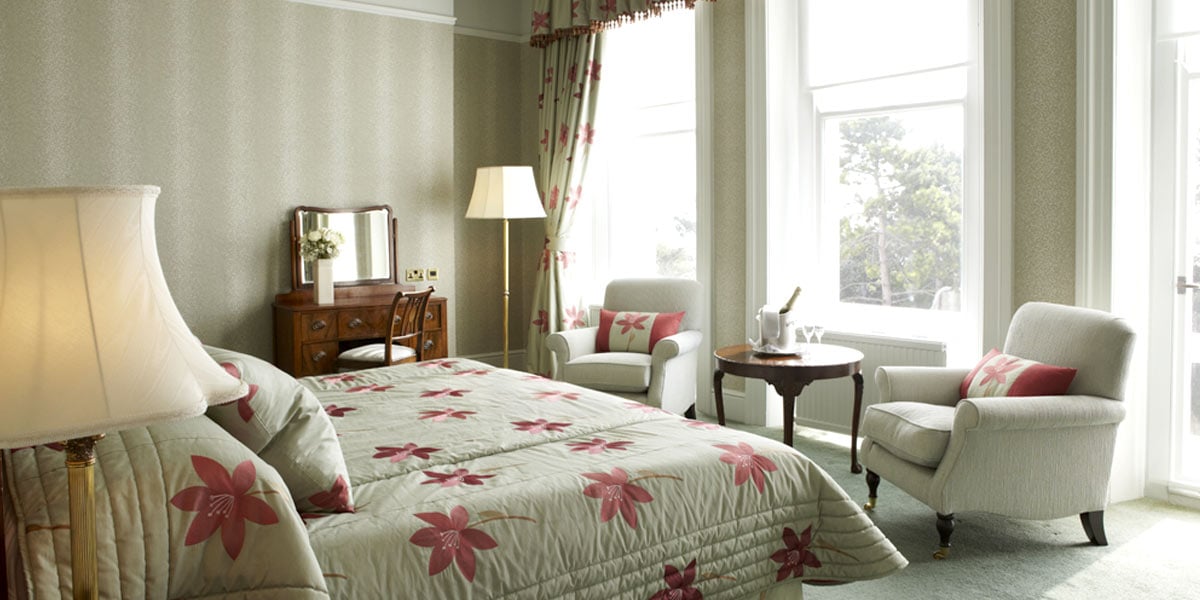 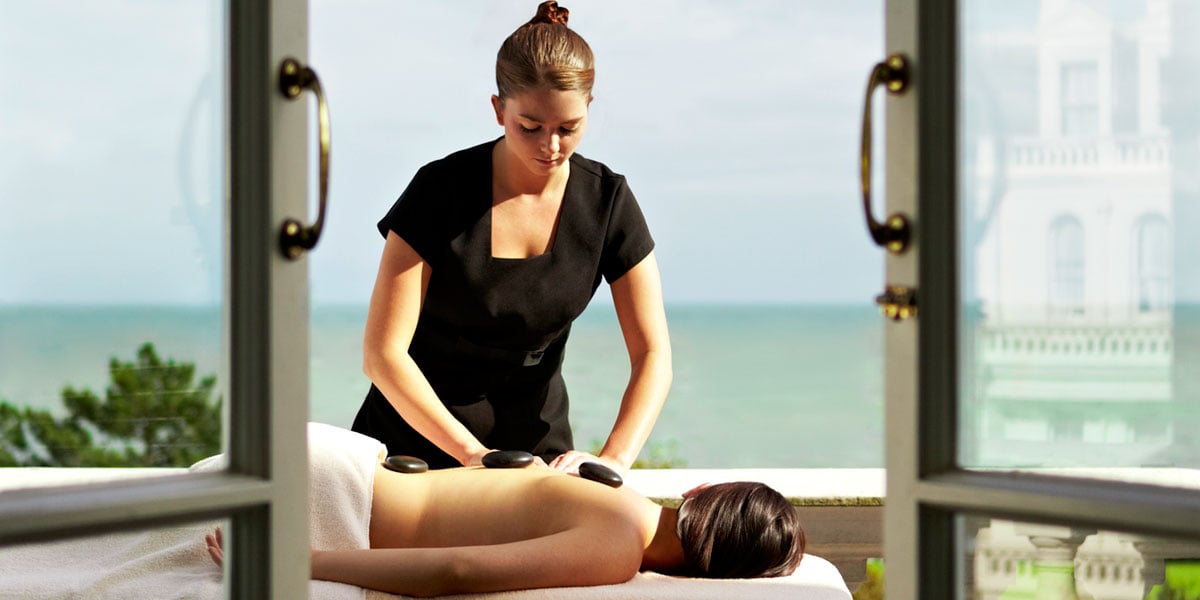 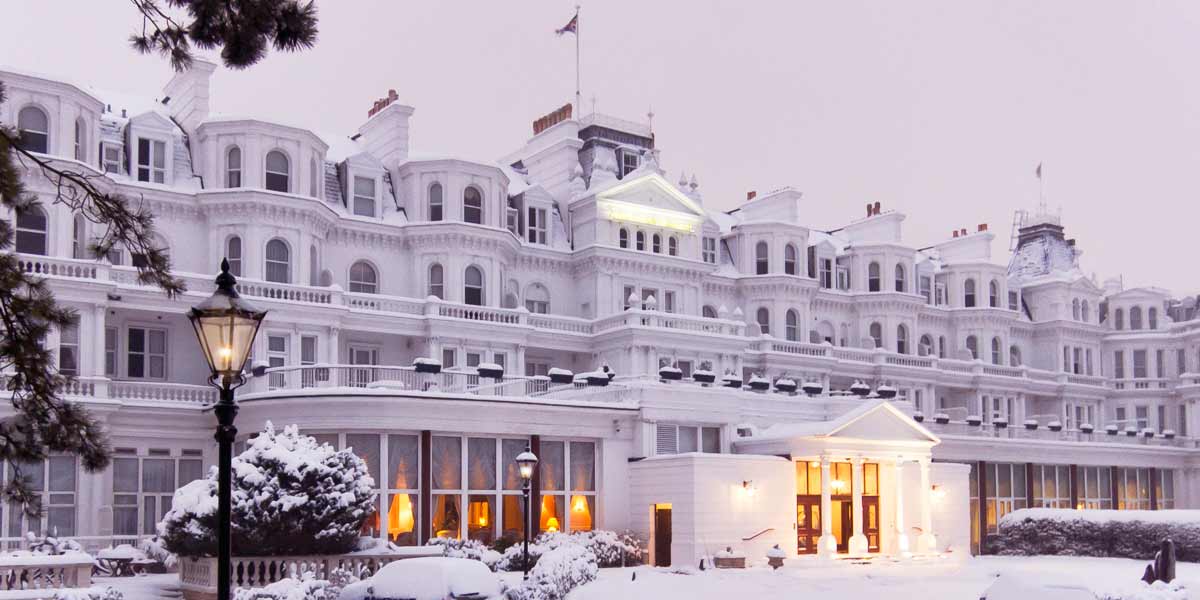 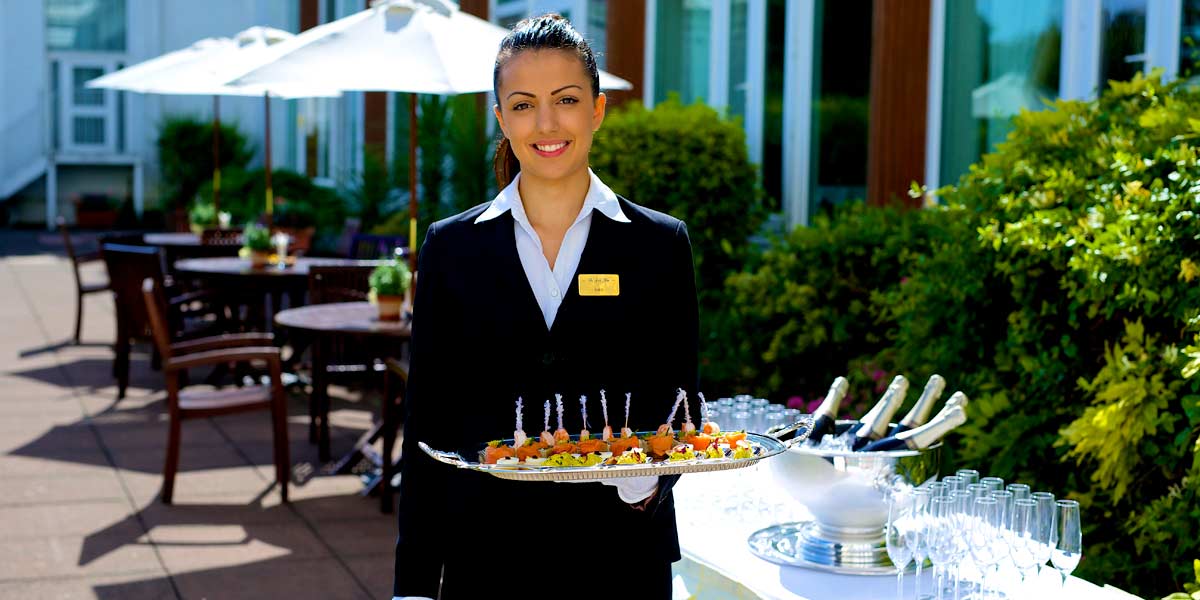 Affectionately known as The White Palace, The Grand Hotel, Eastbourne is the only 5 star luxury hotel on the British coast. Ideally located on the famous promenade, its rooms and lounges look out onto the seafront with the dramatic cliffs at Beachy Head just a few minutes away. With 17 outstanding event spaces, suiting a variety of events from small business meetings to large wedding receptions of 300 guests, The Grand Hotel has built a reputation for hosting prestigious events.

With its impressive marble colonnade, dazzling chandeliers and fine galleries, this venue's grandeur and elegance is immediately apparent upon arriving in the Great Hall. Known for being one of the sunniest places in Britain, Eastbourne is a welcoming and reviving location for a range of corporate incentive events. The Grand Hotel Eastbourne event spaces are superb locations for both private and corporate events. Event attendees will enjoy amongst other things, award-winning cuisine, luxurious rooms and suites and a fully equipped day spa. All of this combines to form one of the premier conference venues in the UK. The Compton room, which comes with event technology built in, can seat up to 300 in theatre style. The space is regularly used for corporate conferences, seminars and presentations.

The Grand is also a fabulous location for private celebrations. An elegant lunch or private dinner can be held in one of the period rooms or in the superb galleries overlooking the Great Hall. For those looking for birthday party ideas, The Grand has a range of options that will allow you to celebrate in style. As well as possessing all the attributes of a 5 star luxury hotel, The Grand also has its own beautifully appointed spa and outdoor swimming pool. There is also ample car parking for guests on site and adjacent to the hotel.

Where could be more romantic to celebrate a white wedding than at The White Palace? It is one of the most beautiful wedding venues on the coast. Licensed for civil ceremonies and partnerships, couples can choose from a variety of spectacular spaces including the architectural splendour of the Compton Room and the beautiful Silverdale Room, which can accommodate up to 200 guests. As the most luxurious wedding reception venue on the Sussex coast, the hotel can cater to both large or small groups; from a lavish banquet for 200 guests to an intimate celebration with close family and friends. In addition to totally bespoke and tailor-made weddings, the hotel offers a range of inclusive packages that include everything a bride and groom could wish for.

The bedrooms and suites recall the days when East Sussex was the seaside playground of the Victorian rich and famous, and when the wealthy would descend on the hotel with entire entourages. Rooms range from Deluxe to the Presidential. The Penthouse Suite features four poster beds, a spa bath and a large balcony with dramatic views of Eastbourne and the English Channel. The hotel has two restaurants the Mirabelle and The Garden restaurant. The Mirabelle is arguably one of the finest gourmet restaurants on the entire south coast having won numerous awards. Both restaurants feature an excellent selection of wines from a vast cellar. Afternoon tea accompanied by live music in Palm Court is also something that must be experienced by all who visit. This is a prestigious venue and a luxury hotel with its own unique sense of tradition and a place to nurture truly memorable events.

The Grand Hotel, affectionately known as 'The White Palace', stands imperiously at the Western end of Eastbourne's King Edward's Parade. Dominating the shoreline with its grand stature, this magnificent 19th century hotel is one of the finest of its kind, having welcomed a galaxy of the great and the good including Winston Churchill, Charlie Chaplin, Arthur Conan Doyle and King Constantine of Greece.

On the 13th May 1874 the Eastbourne Gazette announced that local resident William Earp was proposing to build a magnificent hotel with a 400-foot frontage at a cost of £50,000. The result was The Grand Hotel, constructed in 1875 in a superb position facing the sea, with views of Beachy Head, surrounded by ornamental gardens and tennis courts. The Grand Hotel was built when the upper classes ruled the land and took their holidays by the sea, sometimes months at a time, taking with them their entire staff.

The Grand Hotel is also famous for its long association with music. Debussy completed his symphony 'La Mer' in 1905 while staying in Suite 200. The Grand Hotel Orchestra broadcasted live on BBC from the Great Hall every Sunday night from 1924 to 1939 on the programme "Grand Hotel" and Dennis Potter, whose Cream In My Coffee was filmed there, called it 'a huge, creamy palace'.

During the Second World War, Eastbourne was easy prey to air raids and the hotel eventually closed down and became a military headquarters before being taken over by the De Vere Hotel Group in 1965. In 1998 Elite Hotels acquired the property, and a complete refurbishment took place. 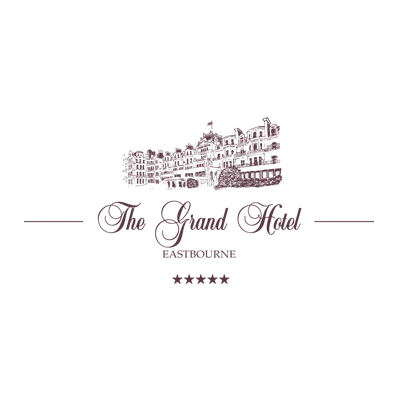 Shangri-La Hotel, Sydney The Shangri-La Hotel, Sydney, is the city's leading 5 star…
Ashdown Park Hotel Ashdown Park Hotel has all the attractions of a remote…
The Royal Horseguards Hotel The Royal Horseguards Hotel is a glorious beacon of British…
One Great George Street When you host an event at One Great George Street…
Grand Hyatt Dubai The Grand Hyatt Dubai hotel towers majestically over the edge…
De L'Europe Amsterdam A distinctive landmark for more than a century, De L'Europe…

This website uses cookies to improve your experience while you navigate through the website. Out of these, the cookies that are categorized as necessary are stored on your browser as they are essential for the working of basic functionalities of the website. We also use third-party cookies that help us analyze and understand how you use this website. These cookies will be stored in your browser only with your consent. You also have the option to opt-out of these cookies. But opting out of some of these cookies may affect your browsing experience.
Necessary Always Enabled

Any cookies that may not be particularly necessary for the website to function and is used specifically to collect user personal data via analytics, ads, other embedded contents are termed as non-necessary cookies. It is mandatory to procure user consent prior to running these cookies on your website.